Why wait around for your money when you can transact now?

Instead of taking records off the blockchain and raising the chances of record discrepancies or questionable motives, Goldcoin scales on-chain by using the originally specified standard: 0-Conf. The Goldcoin protocol broadcasts messages about payments that haven’t made it into the blockchain yet. This feature was abandoned in Bitcoin and is no longer possible due to network congestion and replace-by-fee, or RBF.

Even though 0-conf transactions haven’t formally been inserted into the blockchain record, they’re still in the official network instead of a private, compromisable sidechain. In essence, they’ve just received zero confirmations.

When trying to generate a block, a network node only accepts the first version of a transaction it receives for incorporation into the chain. If you broadcast a transaction and someone else broadcasts a double-spend at the same time, then it’s a race to propagate to the most nodes first. If one has a slight head start, it will geometrically spread through the network faster and win the race.

For most merchant transactions, 0-Conf is a perfectly safe method of processing a transaction. For big-ticket items, such as automobiles, the merchant could simply wait the two minutes for the first confirmation before delivering the item. In either case, the risk will be much less than the rate of chargebacks on verified credit card transactions or that of returned checks.

GoldCoin VS Other Cryptocurrencies 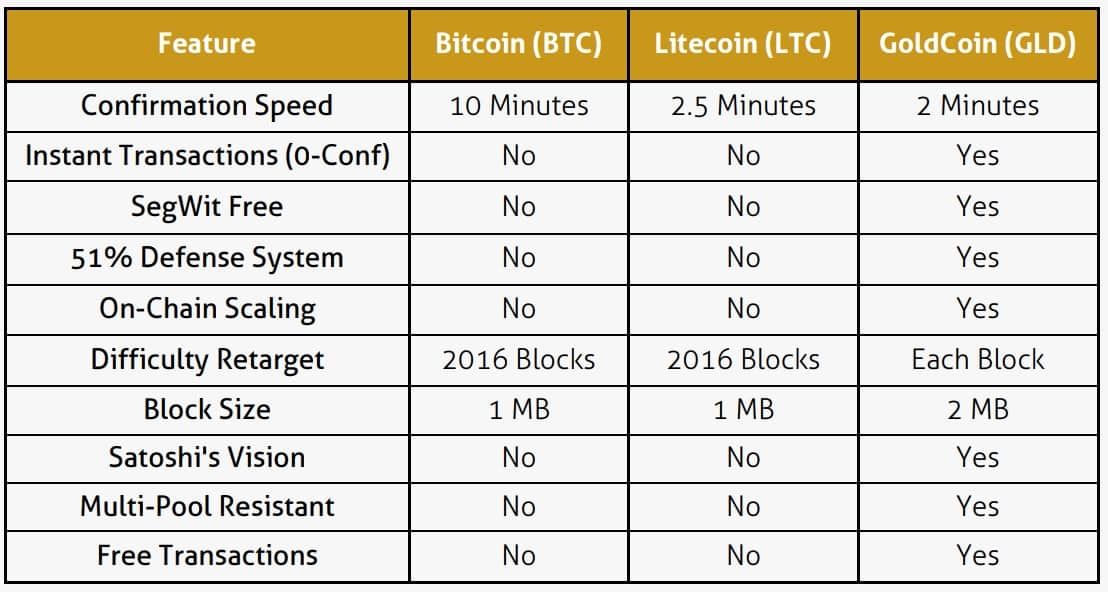 The Goldcoin Telegram Group is a great place to learn more about Goldcoin and participate in our growing community.
Visit Telegram